When Dr. Drew Beasley was in middle school, he used to visit his grandmother who lived in a condominium in Little Rock's Andover Square. Having grown up in Monticello, Arkansas, he says he thought of Little Rock as “the big city.” 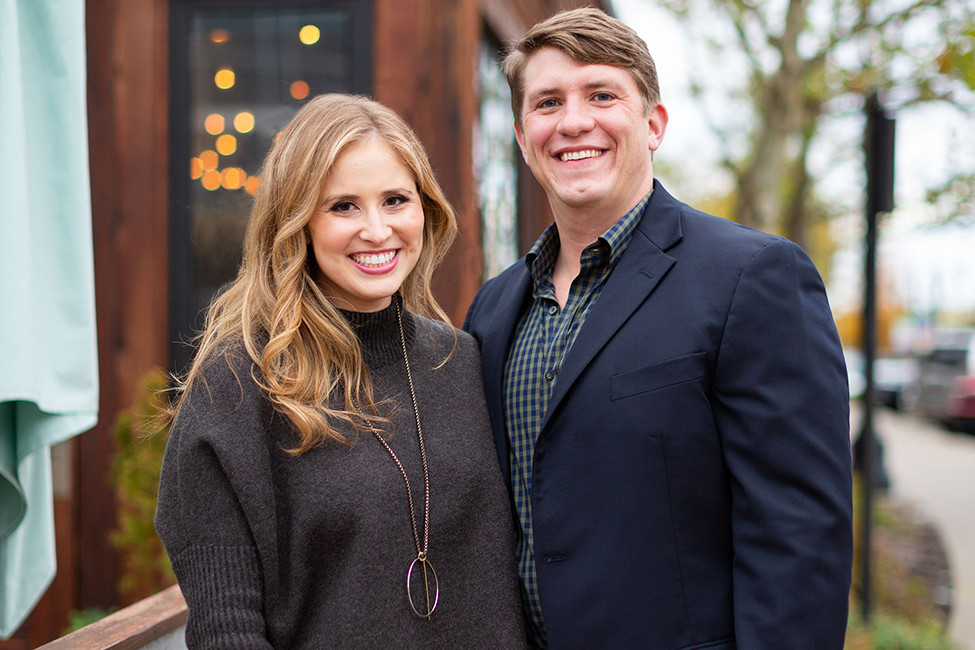 Arshia Khan
Share It Tweet It Pin It
Drew Beasley and his wife Tory Hunton enjoy eating out at Little Rock's many locally-owned restaurants. Some of their favorites, like Local Lime, are located at The Promenade at Chenal in West Little Rock (pictured).

When Dr. Drew Beasley was in middle school, he used to visit his grandmother who lived in a condominium in Little Rock's Andover Square. Having grown up in Monticello, Arkansas, he says he thought of Little Rock as “the big city.”

“I always enjoyed going to visit her there,” Beasley says. “We would go to Books-A-Million and The Purple Cow.”

He moved to Little Rock for medical school and an anesthesiology residency at the University of Arkansas for Medical Sciences, and, after completing a prestigious fellowship in pain management at The Cleveland Clinic in Ohio, he returned and made Little Rock his home for nearly 10 years. He practices at the Baptist Health Spine Center where he specializes in pain management.

“One of my favorite things about Little Rock is that it is big enough to go and do something new in an area or setting where you won’t recognize anyone in the building, but I can also go to some of the more popular places I frequent and will see multiple people that I do know,” Beasley says.

Little Rock is also where Beasley met his wife, Tory Hunton, and they married on Oct. 24, 2020. “For that reason, Little Rock will always be a special place to me,” he says.

Hunton, a Fort Smith, Arkansas native also relocated to Little Rock about 9 years ago. She is also a doctor and works at UAMS.

"We love our Little Rock restaurants and try to eat (and shop) local," she says. "We also enjoy attending festivals, like the Greek Food Festival, HarvestFest, the World Cheese Dip Championship and Holiday House." And Hunton says she rarely misses a Broadway musical traveling through Little Rock. There's something for everyone here, Beasley adds.

He also spends a lot of time hunting and fishing, "Everyone knows Arkansas is home to the best duck hunting in the world, and I can drive multiple directions a short distance from my house to do that.," Beasley says.

The newlyweds have enjoyed carving out their place in the metro, and Beasley says there is something for everyone here. "It's very diverse, and each neighborhood has its own personality."

Hidden gem for hunters:
“I have a black labrador retriever I hunt with, and we frequent Pepper’s Pond near Mayflower often. It's unique in that it is maintained by Arkansas Game & Fish for the purpose of training retrievers only, which is pretty cool.” - Dr. Drew Beasley